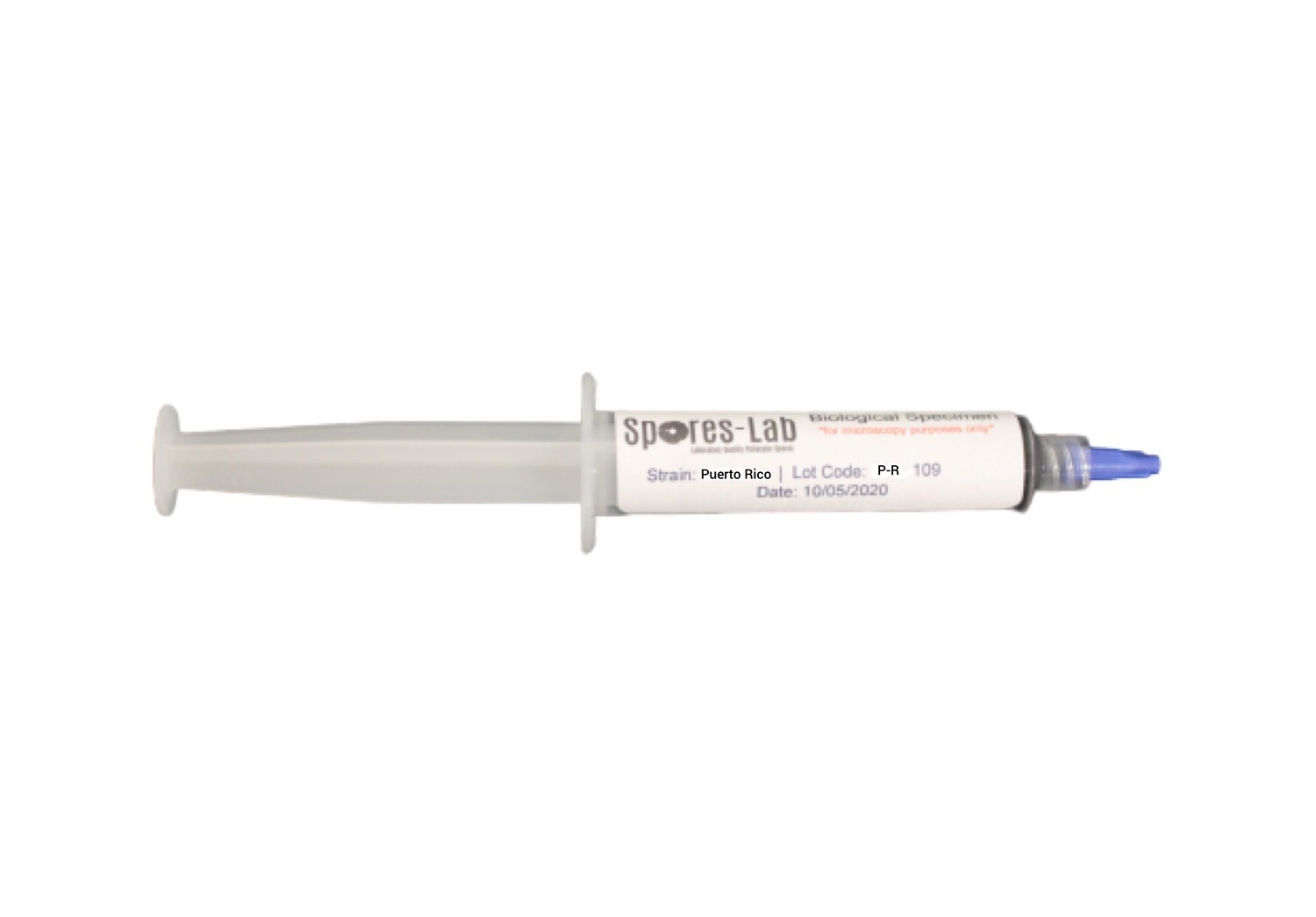 The spores used to start our Puerto Rico magic mushroom culture originated near the town of Canovanas located on the Northeast side of the island. Since then this genetic has been refined over several generations, and now is one of our healthiest, and most potent Psilocybe Cubensis mushroom cultures.

This shroom strain reliably elicits feelings of euphoria, love, and connection to those around you, along with visual stimulation, deep introspection, and often a quite 'mystical' aura. This makes it a versatile strain, suitable for either therapeutic or recreational use.

Its visual characteristics consist of medium fruiting bodies with thin, but dense stalks and a beautiful golden cap. It's stems readily bruise a deep azure-blue, indicative of the potency these fruits possess.

Strain Origin: Puerto Rico, near the town of Canovanas