Send us a message if you are interested in spawn on a large scale. Large spawn orders typically have a 2 week lead time* 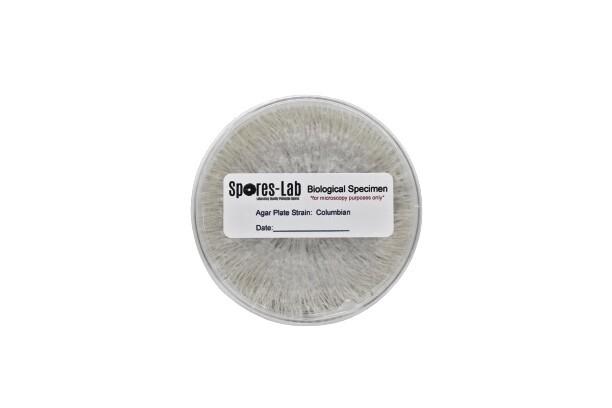 The Spores that began our Colombian Cubensis cultures originated deep in the Colombian rainforest, and were collected from especially large and healthy mushrooms. Since then we have further isolated and refined the culture, and it now boasts fast-colonizing, rhizomorphic mycelium, large, dense fruiting bodies, and above-average resistance to contamination.

The Colombian magic mushroom strain is actually quite rare, and does not have a lot of feedback online, however from personal experience we can confirm that this genetic elicits an introspective, visually stimulating, and energetic mushroom experience. This strain is great for either medicinal or recreational use.

The physical characteristics of this strain are congruent with many other South American mushroom varieties - Thick, dense stems and large golden brownish caps, often notably more brownish than most other cubensis strains. The Colombian strain is relatively average potency, however is a good yielder, and is generally regarded as more desirable due to its rarity!

Save this product for later